The ‘original’ festival was a simple picnic that was held by volunteers, their families and friends during the year of the Shrine’s dedication. As a good time had by all at this event, it inspired its continuation and expansion for the following year. The Festival was the brainchild of Dr. Raymond Chase and his wife, Virginia along with Father Michael Zembruski, the founder of the Shrine. Their idea was to create an ethnic celebration combined with an old-fashioned country fair. 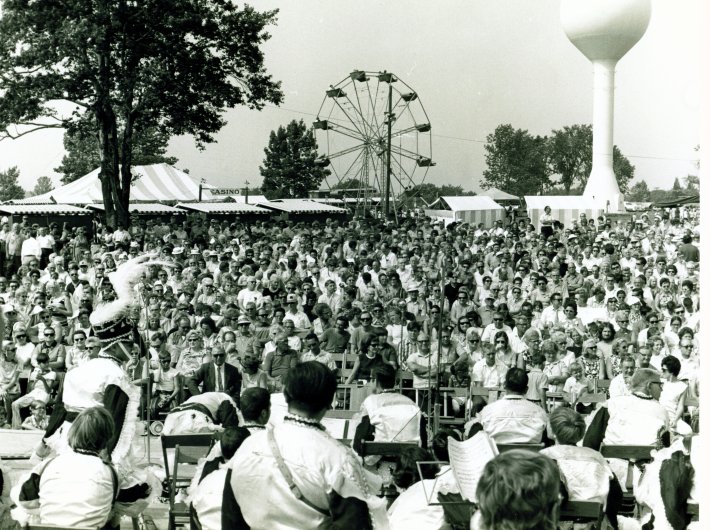 Back then, events of this type were not the norm, so despite the hard work of many volunteers, questions remained as to its success. Doubts were quickly allayed when thousands of people arrived to join in the festivities at this relatively unknown shrine. Pennsylvania State Police had to be called in to handle the miles-long traffic jams. Brother (now Father) Edward Volz, who was responsible for food service, could hardly keep up with the overwhelming demand for kielbasa sandwiches. No hot dogs were served!

The festival included a professional art exhibit of Polish artists, which graced the walls of a historic Bucks County barn located on the shrine grounds. In the background, strains of Chopin works could be heard continuously played on an Aeolian grand player piano. Noted helicopter aviation pioneer and National Medal of Technology and Innovation recipient, Mr. Frank Piasecki, graciously donated a helicopter to give rides to excited guests. The lively beat of the Polish-American String Band had many visitors toe tapping and has remained a regular event each year. 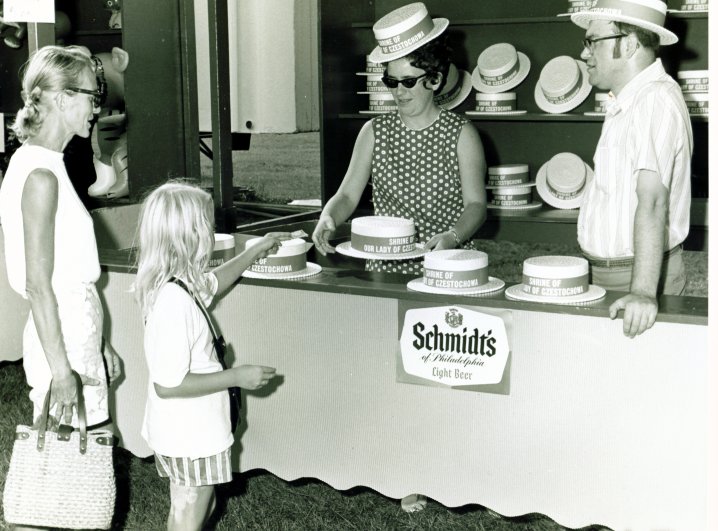 One of our most notable visitors over the years was President Ronald Reagan, who enjoyed a Placki (Potato Pancakes) on the festival grounds 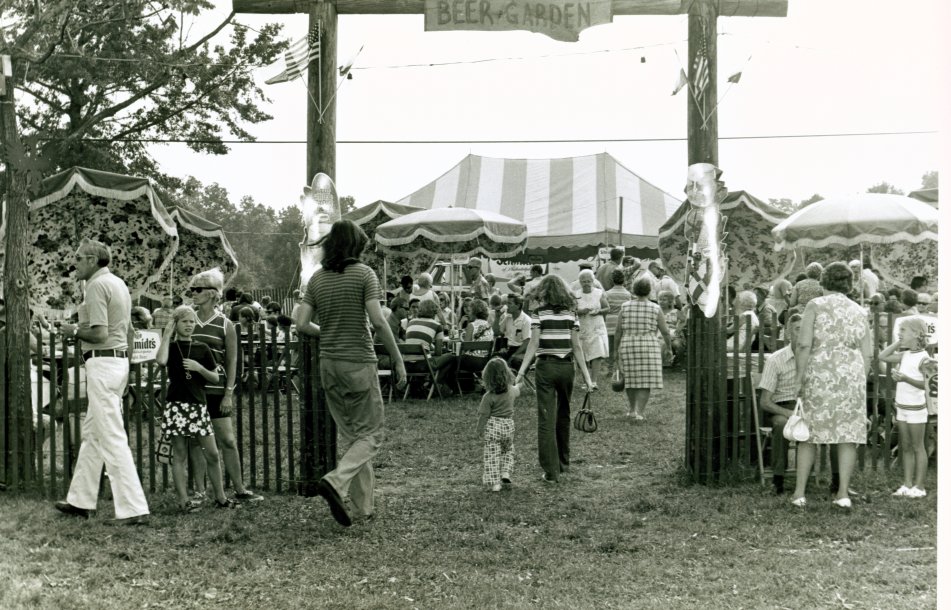 Many individuals continue to volunteer innumerable hours to create this festival which is one of the oldest and largest ethnic events of its kind… Some of the current volunteers are 2nd or 3rd generation. Over the years the festival has grown in its offering but the same basic format remains: to create a cultural and fun atmosphere for the entire family, charge fair prices and treat every visitor as a guest.

We trust that the time that you spend with us will provide you with long lasting memories.